Ever since pandemic from 2020, it has been particularly difficult for early career researchers, particularly PhD students to effectively attend conferences and involving in academic exchanges, which has gradually developed into a new culture of online events. Despite these difficulties, IMN members have been still active in the field. During the summer conference season, the two major conference series in the field of microscopy, M&M2021 (1-5. Aug. 2021) and MC2021 (22-26. Aug. 2021), has seen a total of 17 contributions from IMN members! Thank all contributors in the conferences!

Here we would like to highlight 3 awards IMN members have received. 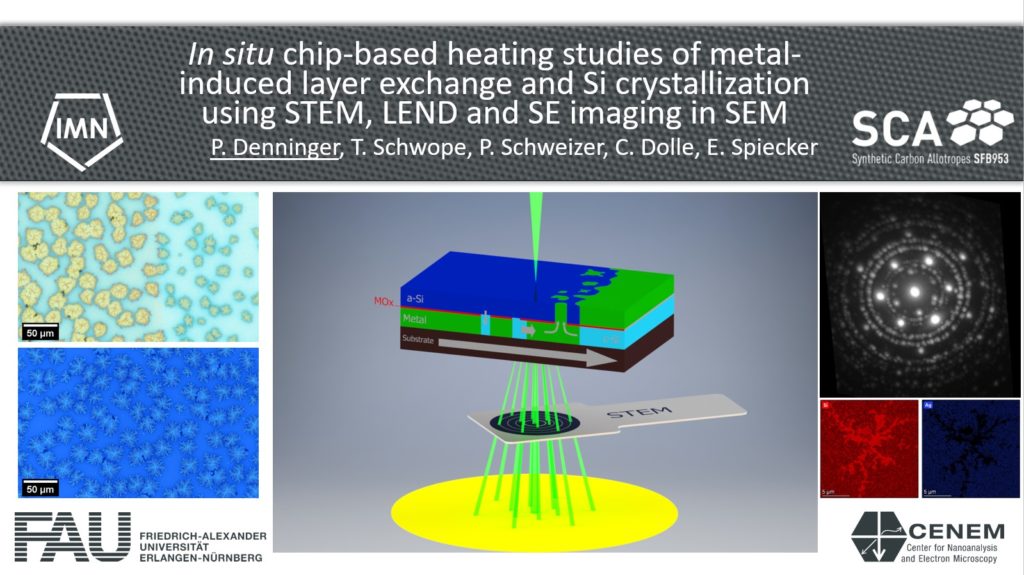 Master student Simon Carl with his talk „Correlative Zernike phase contrast X-ray nanotomography to determine the distribution and orientation of graphite particles in a carbon fiber reinforced epoxy resin for improved thermal conductivity“ has awarded the students award as well. 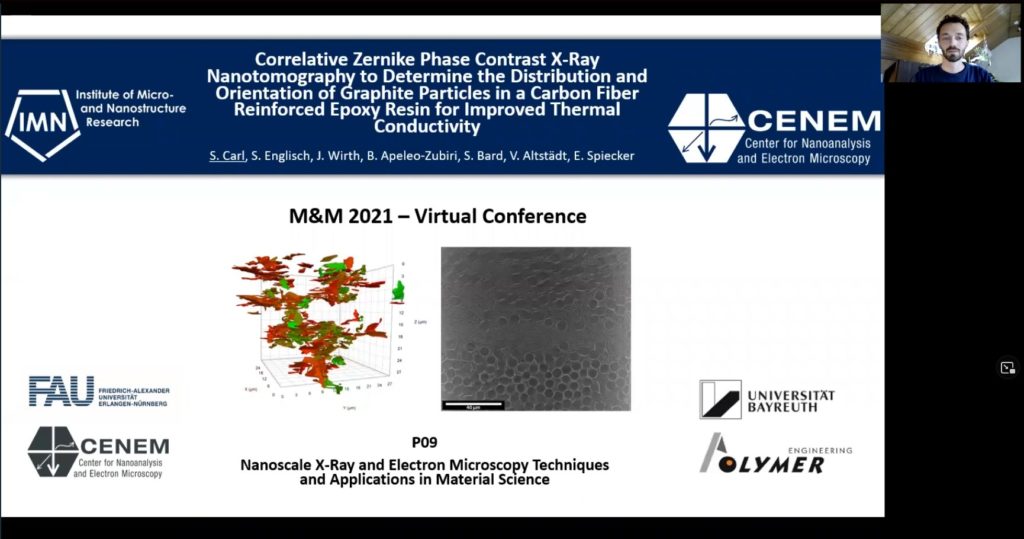 In the MC2021, Dr. Nadine Schrenker (now postdoc at EMAT, Antwerp) has won the best poster award with her poster „In situ microscopy of deformation modes in flexible silver nanowire electrodes“ summarizing her PhD work performed at IMN. 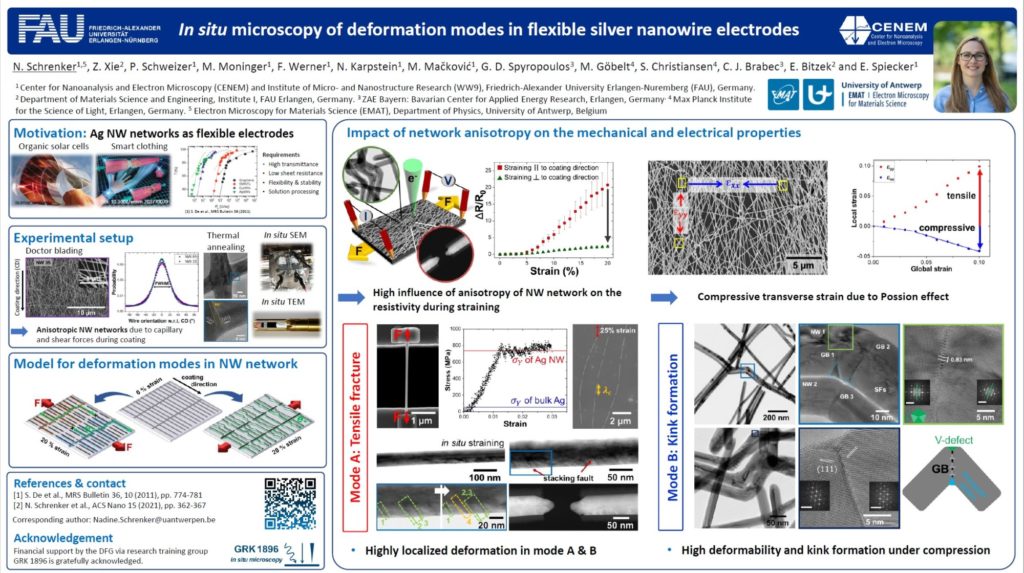